Suicide Squad – One Big Swing and a Miss Potential minor spoilers.
It’s impossible to consider a movie like Suicide Squad outside of the context of the Marvel Cinematic Universe and also what Christopher Nolan was able to accomplish with his Batman trilogy.  In that context, the movie just isn’t in the same league.  This was supposed to be DC’s big answer to Deadpool insofar as Suicide Squad was trying to be edgy and funny simultaneously.  It was neither unless you like cheap jokes and avoiding violence by creating a team of bulbous rock monsters to destroy with various implements of war.  When you try too hard to get a PG-13 it really shows, and it fully illustrates the extent to which the box office becomes more important than cultivating the fan base, something Marvel did expertly.  Though Deadpool was technically a Fox production, its story was still executed with the same care and attention to detail that we have come to love from Marvel Studios.

As Suicide Squad unfurled itself before my eyes, one word kept coming to mind over and over again: “forced.”  And I will qualify this upfront: The cinematography, the direction, the special effects, the eye and ear candy…all that was fine.  It was pretty where it needed to be pretty and ugly where it needed to be ugly.  The gunfire punched you in the chest, and the kitana slices gave you goose bumps.  However, the writing and the storyline just left you feeling hollow, and those two areas are what Marvel excels at so beautifully.

I actually just saw a Thrillist headline that read Jared Leto’s Joker had more screen time in this music video (“Purple Lamborghini”) that he did in all of Suicide Squad (or something to that effect).  That isn’t surprising to me.  The Joker is not a lead character in Suicide Squad at all (if that’s what you were expecting).  I would say that Will Smith’s Deadshot and Margot Robbie’s Harley Quinn share the top spot for lead character.  Sadly, neither of them are fleshed out much, and neither command as much sympathy as I expect the writer hoped they would garner.  Yes, we know Floyd Lawton (Deadshot) has a daughter that he loves very much, and Harleen Quinzel (Harley Quinn) was manipulated into insanity by The Joker.  However, you just don’t love them like you do Wade Wilson (Deadpool) or even Christian Bale’s Batman for that matter.  There is no emotional investment at all. 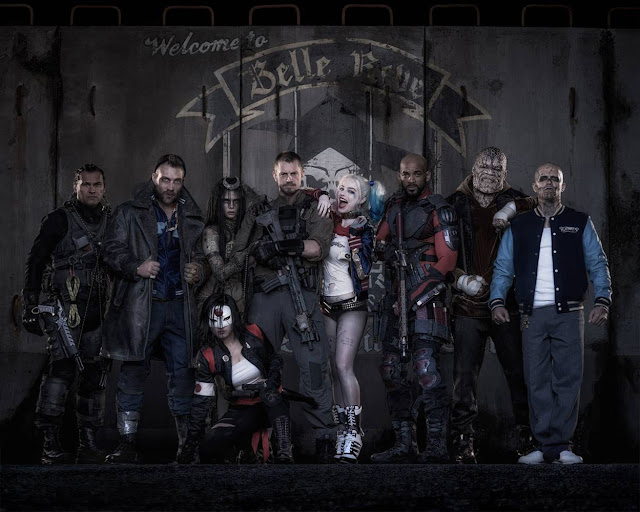 So, back to the Joker.  The pros: Jared Leto had the voice pretty well down.  The look was great: The pale face, the tattoos, the weird teeth, the hair, the clothes, etc.  However, this question comes to mind: “How does one manage to overact when playing The Joker?”  Leto somehow manages to do that.  I guess he was taking Ledger’s character and amplifying it to account for the passage of time and the corrupting influence of his power to appear that much crazier, but it feels a bit TOO unhinged in my opinion.  You can only be so nuts and still be able to maintain and manage a crime empire.  Lying on the floor surrounded by hundreds of meticulously placed knives and guns while laughing maniacally looks pretty cool for second, but I can’t imagine it does much for the bottom line.

I won’t get into the story too much.  Aside, obviously, from assembling the team, it involves some ancient, uber powerful gods because presumably, the only acceptable stakes anymore are literally saving the world from annihilation.  That’s fine, but you have to be a bit more creative about it.  It also shouldn’t appear quite so random and without any discernable motivation other than “these humans must die!”  As the showdown materializes, teamwork saves the day!  Hooray! 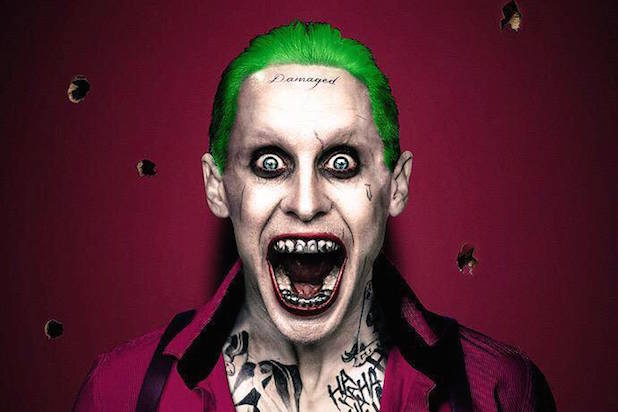 Suicide Squad will make a lot of money.  If all you want to do is escape for a couple hours on a hot day, Suicide Squad will likely make you smile a few times.  What sane person couldn’t enjoy ogling Margot Robbie dressed like a carnival stripper?  Will Smith shooting stuff like the best sharpshooter ever in his normal charismatic bravado is super fun to watch.  Jared Leto prancing around like a crazy dictator is quite entertaining (complete with gold AK47), but this movie will not save the DC Cinematic Universe.  This movie cannot be the foundation upon which an entire cinematic canon can be built.  For Suicide Squad, sadly, the sum of the parts is greater than the whole, and I really wanted to love it.
--Benjamin Sadler
comic book movie Comic Book Movies Comic Books comics DC Movie Reviews Movies review reviews Suicide Squad