Do you like scary movies? Are you also a fan of video games? Then you’re probably aware of Friday the 13th: The Game, but did you know that there is game based on Scream in the works? That’s right 90’s biggest teen slayer, Ghost Face, will be getting his own multi player game. Game developers are working in collaboration with Dimension Films, Miramax Films, Fun World, and MTV to create a gaming experience that includes Scream 1 through 4 and the 3 seasons of Scream: The TV Series.

The game will have two ways to play. The Franchise lets players reenact events from the movies and the TV series. Progressing through levels is dependent upon how true to the movie/show canons your actions are. If you don’t stick to the script you create a paradox. I’m assuming that means that you repeat a scene over and over again “Groundhog Day” style until you get it right. Maybe it creates an alternate timeline you must fix in order to move on. While I’m not 100% sure, I’m definitely 100% excited to find out! 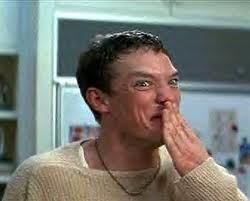 The second play mode is Killers vs. Victims. As it suggests, players can choose to either be a killer or a victim. Killers can customize their looks with different options for masks, clothes, weapons, and equipment. Victims have the ability to pick clothes, skills, and abilities as well. It’s supposed to be very similar to Friday the 13th: The Game, but I am very interested to see the differences. Will there still be drawers to loot or escape vehicle parts to find? More importantly are there going to be emotes? There’s never a more appropriate time to show off those sweet dance moves than when a killer is on the loose and has you in their sights!


According to @ScreamVideoGame on Twitter there will be a demo released in February 2020 with a full release scheduled for December 20, 2021 (IMDB also lists a 2021 release). The full release coincides with the 25th anniversary of the original Scream’s release. It will be available on PC, XBOX ONE, and PS4.

For Friday the 13th: The Game fans, like myself, Scream: The Game is definitely something to look forward to. With the recent legal issues that have prevented the developers from adding new content to Friday the 13th: The Game there are concerns and worries that the game may die out. I’ll keep playing until there isn’t a game to play anymore, but with the upcoming Scream game I’m optimistic. I know it’s a little too early to tell, but it feels like there is some definite potential there. If Friday the 13th: The Game does, unfortunately, end there is a similar hunter vs. hunted multiplayer game coming. If it lasts we’ll have a different franchise to play in.  Could be a win/win for horror game fans.

Are you as excited as I am? Are you doubtful after what happened with F13? Let us know in the comments below!
-J1N