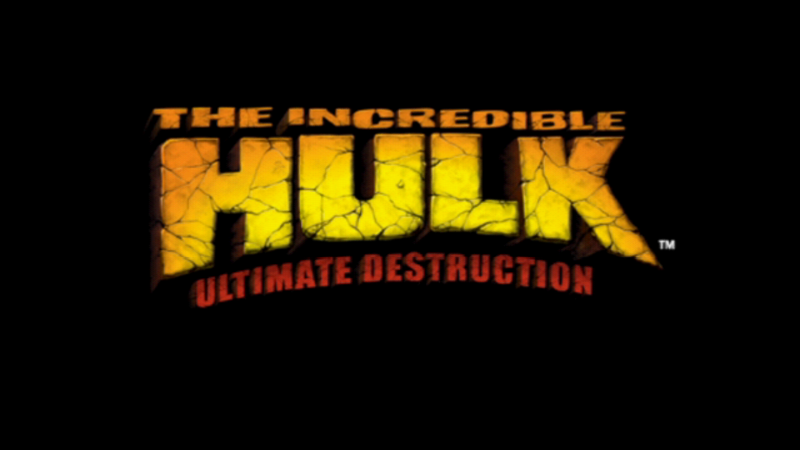 It's that day again.  SUPERHERO SUNDAY!  Today, let's take a look at the only Incredible Hulk game worth playing, Ultimate Destruction.  This open world sandbox does something that other Hulk games have failed to pull off.  It actually makes you feel like the Incredible Hulk. 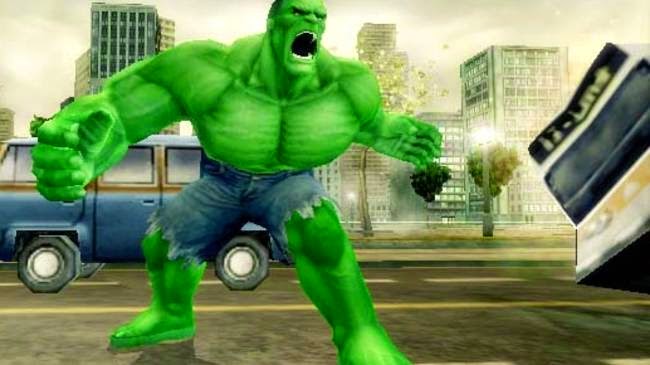 The beauty of this game is that you can get immersed in just being the Hulk.  You don't even necessarily have to complete the game.  Instead, you can just roam the city destroying everything in your path.  You can pick up cars, light poles, people, trees, anything.  Everything can be used as weapons.  You're able to rip cars in two and use them as boxing gloves!  The Hulk can take down buildings and do elbow drops on tanks.

There's innocent people that roam the streets that you can either pick up and smash against the pavement or pick up and gently put down and pat them on the head.  It's up to you.  The game manages to get the physics behind the Hulk movement's down.  He can jump incredible distances and run up walls.  He is the brute force of nature that you expect the Hulk to be. 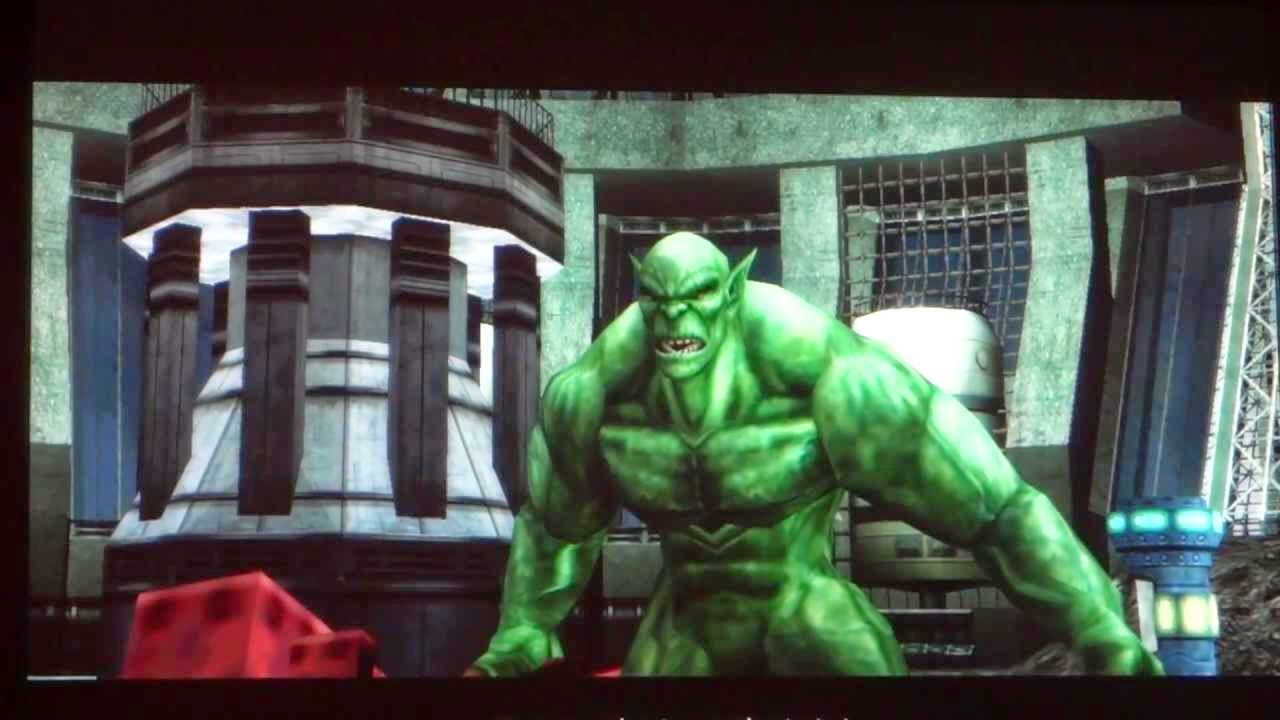 Villains include the Abomination and Devil Hulk as well as Thunderbolt Ross' Army forces.  It's up to the Hulk to get his machine built in order to cure him of his "Hulkitis" so he can return to living his simple life as Bruce Banner.  But on the way there, it's up to you just rip shit up in the city!  Take down those helicopters.  Smash those buses.  Use that light pole as a baseball bat and home run those soldiers.  It's entirely up to you.  Simply put, this is just a damn fun game.

There's plenty of missions and side missions to make for max replayability.  When you're done with the missions, just break a lot of shit!  It's ridiculously fun and has enough mind numbing destruction to keep you entertained for hours.

If you only play one Incredible Hulk game, make it Ultimate Destruction.  It's available on Xbox, PS2 and Gamecube.

What do you think of Ultimate Destruction?  Hit up the comments in the usual place and let me know.